Welcome to the Pre-season 5 State of the Game. There are a few things to talk about, so I’ll jump right in.

Tutorial
Our Pre-season 4 survey asked for your feedback on the new tutorial that we put in place. The early experience for our beginner users is an area of focus for us, so it was interesting to see the results: 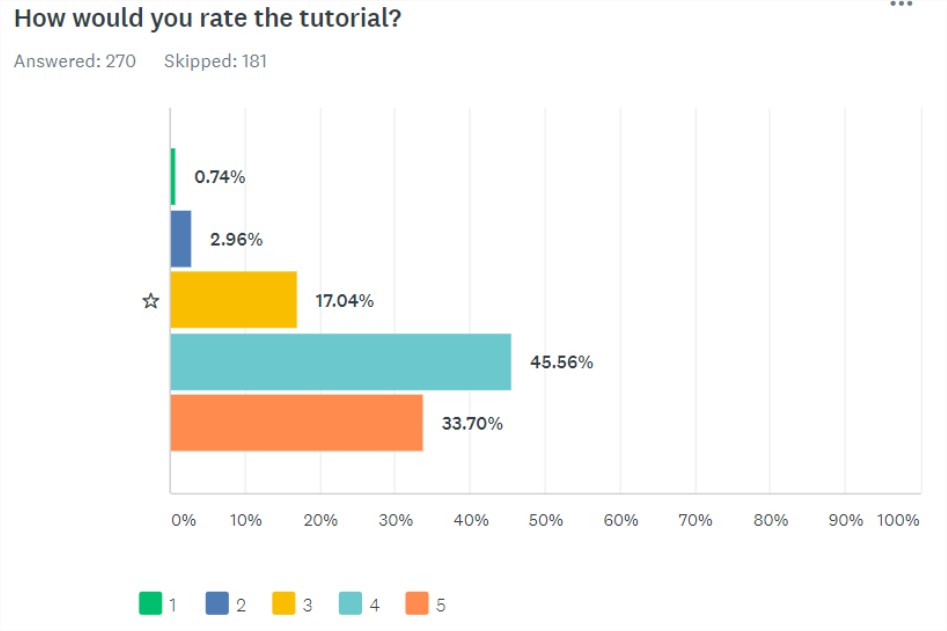 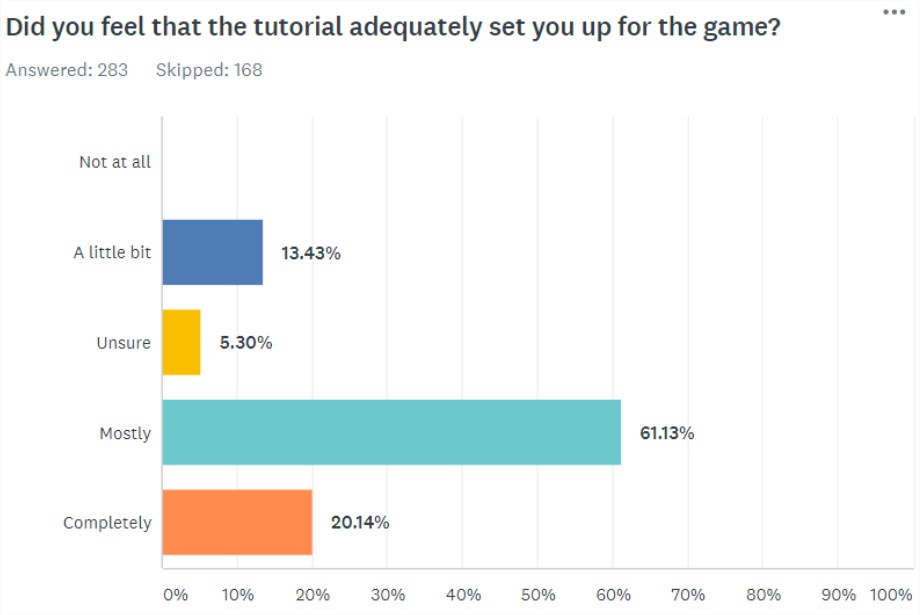 Pretty good reception; however, we also received some fantastic feedback about how the tutorial can be expanded to be more like an open firing range where you can test out weapons and perks as well.

Rewards
Last SotG, I mentioned that we were looking into rewards. The way our system is set up is that you get reward packages for running missions well, doing activities, completing contracts, and, in some cases, merely logging into the game. Contained in those rewards are cosmetic items, beautiful skins to customize your appearance.

Well, it turns out, we were (unintentionally) a little stingy. Take this lovely skin, our Matte Red Pistol: 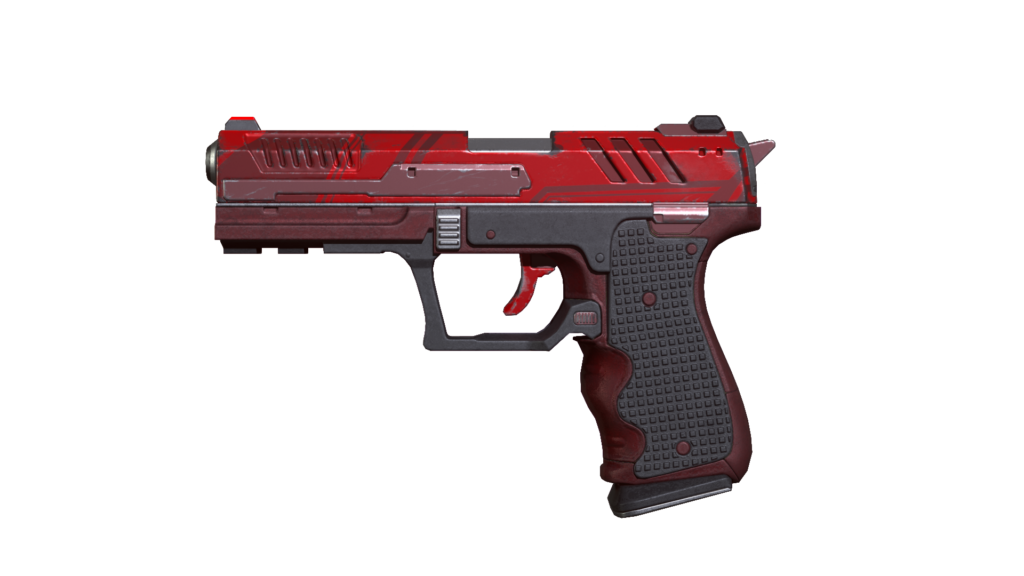 Currently, only 473 people own this skin – and it was supposed to be a drop in a common loot package! So, armed with this data, plus a few other things, we’ve rejiggered the loot drops a little bit for now, but come Pre-season 6, we will have overhauled our cosmetics system to accompany our Wardrobe function to make it both clearer how to get these sorts of cosmetics as well as make the system a little more generous and in line with what you’re supposed to get.

Pre-season 5 was intentionally a little smaller for a couple of reasons. One, summertime in Sweden is typically when most people go on holiday (COVID notwithstanding). Our team deserves a little break after the madness of the Xbox launch! But secondly, and more importantly, we have a lot of features stuffed into Pre-season 6, and we wanted to make sure their functionality is tight.

As you can see on our roadmap, a substantial number of your suggestions and feedback will finally be implemented in September. Cross-play is a major milestone, where players on Steam can play with players on Xbox. This, combined with changes with matchmaking and the multiplayer lobby system, will make it substantially easier to find others to play with. In addition, you will be able to talk to them! Voice chat will now be enabled in-game; text chat is coming later (it’s a little hard to text chat on console).

The aforementioned Wardrobe, with revamped loot, cosmetic rarities, and valuations, will also be introduced, so now you know what you need to do to get that sweet, sweet Jack Hyper Hoodie. Our last Operative will be introduced, Brazilian-Portuguese will be a language option… and who could forget HORDE MODE with its own Leaderboards. This has proven to be really fun in our internal playtests, so we can’t wait to share it with you.

In addition to the items on the roadmap, we’re always working on the smaller problems that have emerged. In Pre-season 5, this patch has allowed for some recovery of items in the event of a disconnect – in other words, if you crash or disconnect from a mission, you are treated as if you failed your mission and will receive a portion of the items that you collected. This is a game where failure is always a possibility, and while being kicked out is not necessarily through any fault of your own, this is the first step we’re implementing to soothe that frustration. Pre-season 6 will contain the actual message pop-up letting you know what you got – we, unfortunately, couldn’t do the work for Pre-season 5 in time (but you at least still get the items!). Obviously, solving the problem of disconnects is very high on the list, but it is also one of the most complicated systems we have, so it will take some time to identify what the problems are before we can solve them.

We’ve also got some substantial performance improvements identified for Pre-season 6 as well, and a couple of other goodies.

Looking towards the future, in addition to fixing more of the technical, network, and performance issues, we’re also focusing on creating a more understandable user experience for the game.

Pre-season 6 will mark a major milestone in our development cycle. We’ve been clear from our introduction into Early Access that we wanted to focus our efforts and time on crafting the right kind of kill-dinos-in-the-face experience – tightening up our systems, introducing features that help facilitate co-op play, and making the War Effort robust so that each week as you log into the game, a new experience awaits you. A lot of what we introduce in the next patch fulfills those requirements – by then, we will have a full roster of characters, three modes of play (Expedition, Missions, Horde), three difficulties (Normal, Hard, Insane), a pretty nice pool of Emergence Events, and two ways to customize your play via weapon upgrades and armor augments.

While we aren’t quite yet there for launch (did someone say a new Map for launch?:)), many of the core features one would expect for a co-op, online game will now exist, and around this time is when we’ll be asking “are we ready for 1.0?” As such, we have decided to raise the price of Second Extinction by $2 USD/EUR when Pre-season 6 comes out, just to reflect the significant progress we have made so far in this past year. [Edit: after this post was published the plans have changed, and there will not be a price increase coming with Pre-Season 6.]

Pre-season 3 contract rewards will be available as weekly login rewards for Xbox players ONLY since they missed out on Pre-season 3. Make sure to log in and claim that reward! The schedule for what reward is available will be in your newsfeed. In addition, if you were affected by the weapon upgrade issue where you lost both the upgrade and the materials to purchase the upgrade, please contact customer support – we will try to find a way to return what you lost as best we can.

Our long, hot summer days are here, and we’re very glad you’re with us. Be safe, stay hydrated, and double-tap. In the face.