After their ruthless victory, the dinosaurs spread. They entrenched their positions with nests and hives worldwide. Cities, useless to dinosaurs, lie in ruins; reclaimed by the natural world that is free to grow unchecked by mankind’s interference.

Climate change still ravages the planet. Its damage echoes like a cry for help in the night. The extreme conditions force the dinosaurs to adapt, to evolve. To endure until they can turn the environment to their advantage.

In the Gateways, the human resistance has regrouped and is finally ready to fight back. Squads of volunteers with relevant experience are tasked with dropping back to Earth. They will attempt to gather essential resources, weapons, and information about the dinosaurs. It is the first phase of a campaign to take back the planet we called home.

The war is over, but the fight has just begun.

It is time to reclaim Earth. 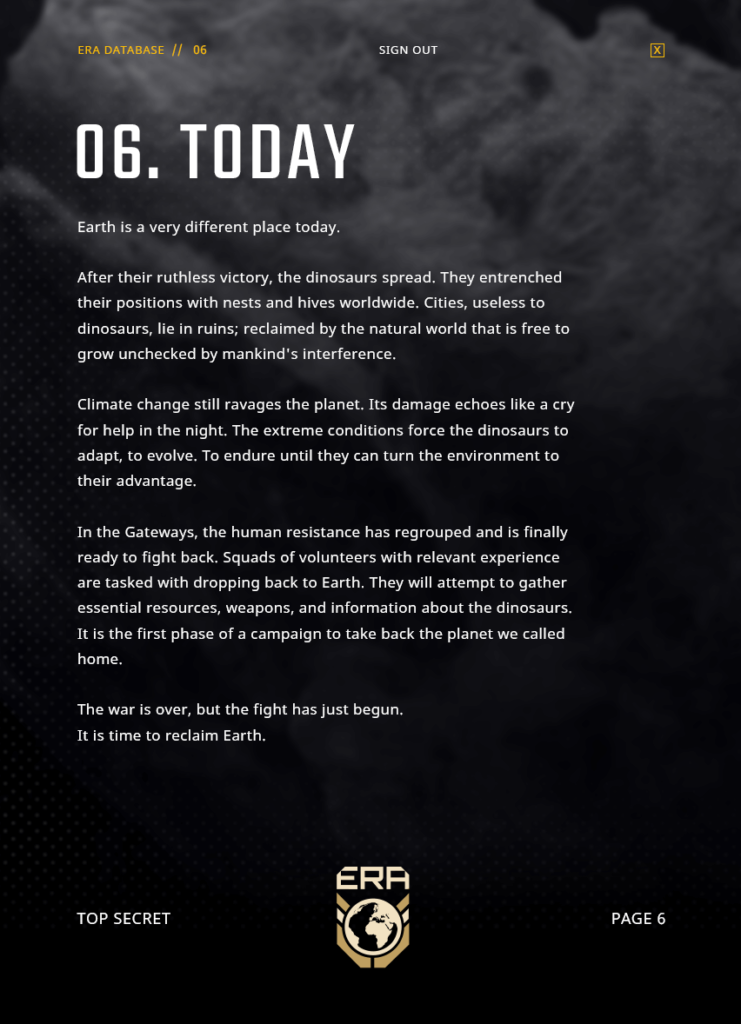