The dinosaurs were fast and they were ruthless. Accounts of what happened are few and unreliable. What we do know is that the dinosaurs left their nests in waves. Coordinated waves that disrupted all of our tactical responses. Within hours, everything had changed.

Mankind was running out of places to hide. To rebuild. To recover. Eggs and nests began to replace our home. They were merciless. They struck critical infrastructure like a military general leading his most brutal campaign: Power plants, transport hubs, military bases, farmland… it was impossible for human forces to sustain ourselves. Our governments fell. Our societies crumbled. Our hope faded.

In the face of total annihilation, The Directors of the ERA organized planetary evacuations, gathering pilots, using whatever was left of the ERA’s dropships. Roughly 40.000 survivors were evacuated to each Gateway space station.

The new homes that awaited the evacuees were unfinished and inactive. These husks of our future lives looked as hopeless as our past. Work began on completing and repairing the broken systems, bringing the stations up to a liveable state.

Over the next few years, the ERA would continue to revisit Earth. Survivors were picked up in smash-and-grab operations. Wrenched from the jaws of death that awaited them in the dinosaur wasteland. Even one life was worth the risk. One life meant one more victory. One more bloodline. One more chance to save the human race. 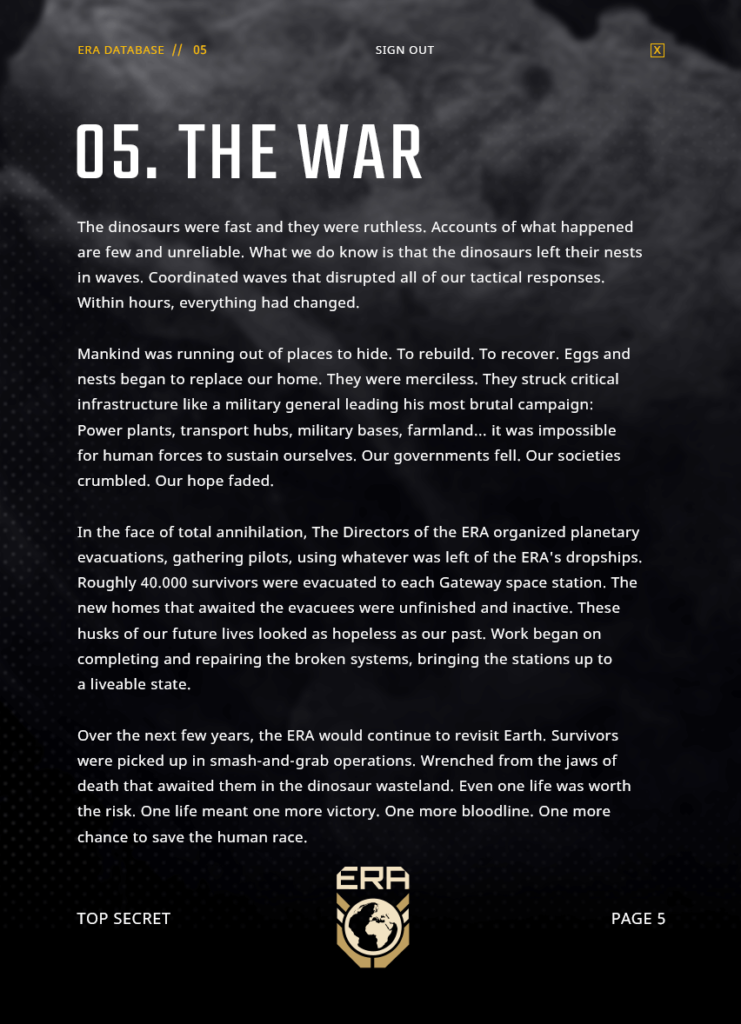