The Gateways would be the ERA’s crowning achievement. A vast network of space stations high above the place they called home. Eleven space stations allowed for rapid responses to international catastrophes as soon as they happened. Deploying a fleet of dropships like wasps from a nest, the ERA could be first on the scene of any global incident, managing relief efforts and evacuating civilians.

The Gateways would become permanent homes and bases for the agency. If there was a need, the stations were to provide long-term refuge for thousands. Setback after setback hit The Gateways’s construction, however, and the budget rocketed as the crisis on Earth continued to drain budgets and morale like water from a swamp.

Meanwhile, down below… the dinosaurs were breeding at an accelerated rate. Thousands were turning into millions. New tunnels and nests were being established. What the ERA were failing to achieve in the stars, the dinosaur menace was achieving deep in the dark pits of Earth.

The ERA may not have realized it yet, but a new species was at the top of the food chain. And it would not be long before the first battle would begin. 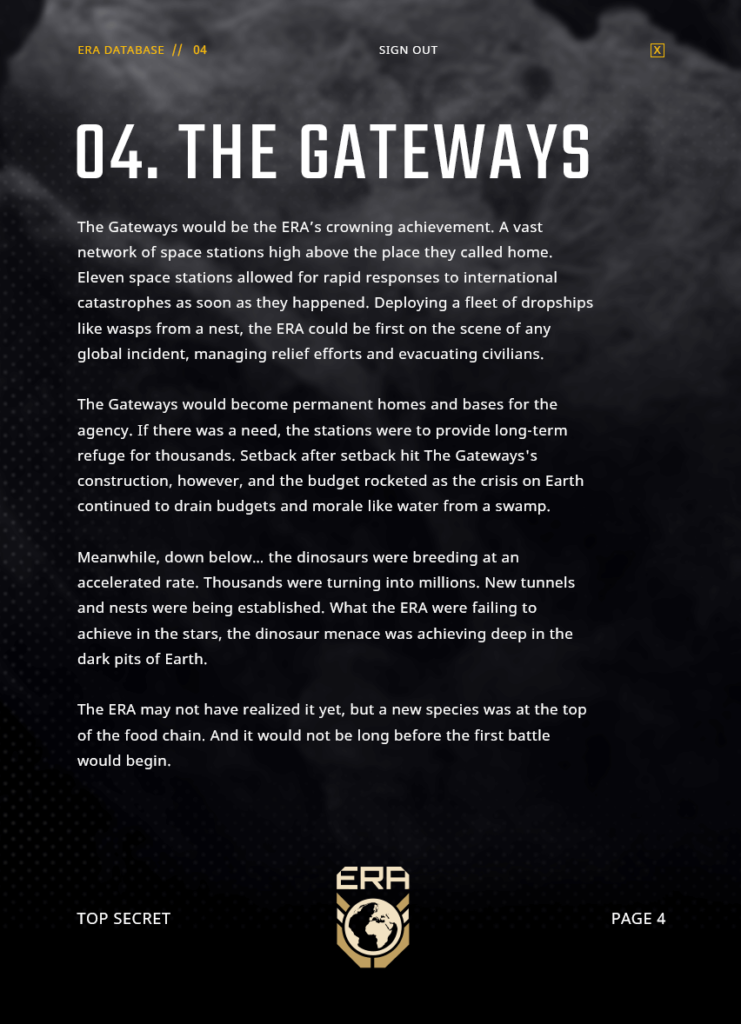