While Humanity kept marching down its destructive path, a few wealthy individuals had their minds set on a different world. Citing rising sea levels and more destructive weather sweeping the planet as the reason, this consortium of philanthropists formed the Emergency Response Agency, an NGO committed to providing disaster relief in whatever form was needed. Putting billions of dollars into researching new technologies and techniques to try and reverse what many climate scientists had claimed was already irreversible.

Over the coming years, the ERA would be relied on by nations across the globe to help tackle the destructive power of mother nature. They spearheaded alternative energy campaigns, helped rebuild environmentally friendly infrastructure to disaster stricken countries and build barricades and storm shelters for those living in the most high-risk areas.

With the ever rising global temperatures, freak storms, and mankind’s growing exploration of the world beneath the surface for oil and gas deposits, it was inevitable that they would one day wake what was sleeping beneath. 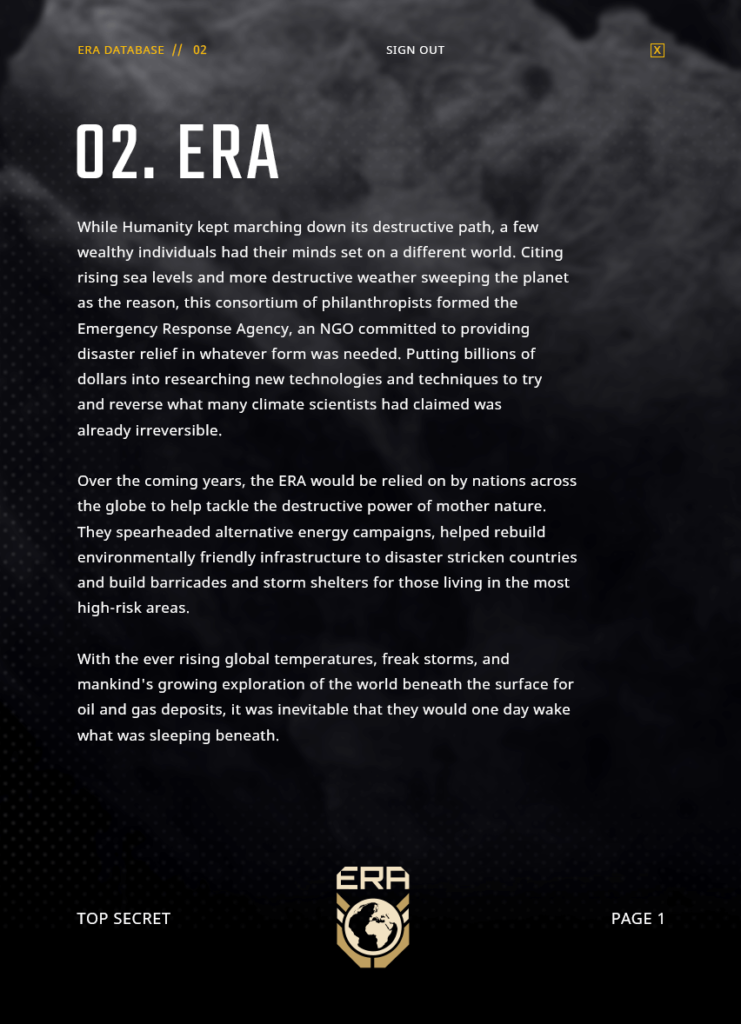