66 Million years ago Earth was struck by the Chicxulub Asteroid causing a mass extinction event far more lethal to Humankind than anyone could ever expect. Of course there was no one around to assess the danger back then, but there is now.

As a result of the asteroid’s impact, millions of tons of dust was launched up into the atmosphere, driving the planet into a prolonged winter. This caused a devastating effect on the plants and smaller animals, which in turn had a massive effect on the whole food chain. Pretty soon most species began to go extinct as the era of the Dinosaurs came to an end. Or did it?

The world recovered slowly, with each epoch passing, bringing us closer to where we are today – a scorched Earth.

It wasn’t all bad though, for a brief moment in time Mankind flourished and looked upon itself as the pinnacle of existence. Leading great lives of seemingly endless resources, Humanity reached for the stars. But with no sense of direction, humans could not rid their old ways as they continued to kill themselves with wars and obsess over technology having no regard for the Earth itself and leaving it scarred. 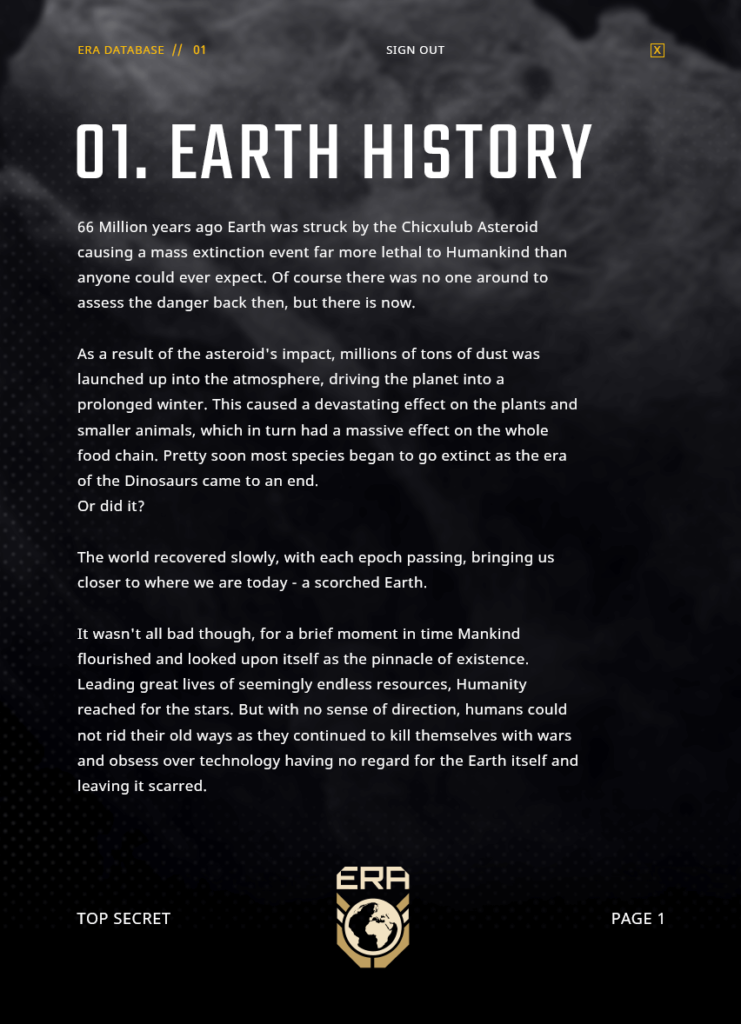