Nestled in the Earth’s crust for millions of years, the dinosaurs had been resting, waiting for the perfect circumstances to arise.

Over time, something triggered an evolution in their hibernating bodies, genetically evolving the dinosaurs and heightening their predatory prowess. For some, they received the ability to spit acid over their foes, while others grew harder scales to allow them to take enemies head-on, and hides thick enough to resist even modern munitions.

Millennia after millennia they were hidden away, slowly evolving below the surface of the Earth. Yet as the troubles of the turbulent world above them began to escalate, they began stirring. Finding the world ripe for the taking, plentiful with food, the timing was finally right and the dinosaurs started awakening.

Over the subsequent years, the Dinosaurs readied themselves for the day they would strike the surface world, and once again become the ones who ruled Earth. 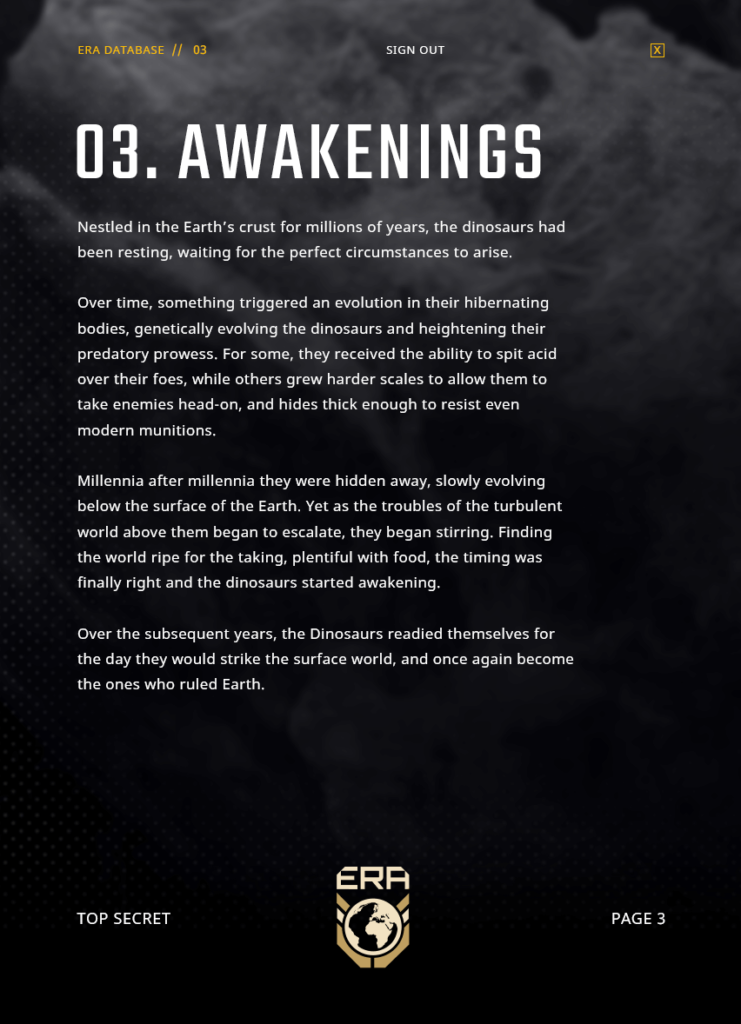