It’s Simon Vickers here, Game Director on Second Extinction. With the release of our next ‘Pre-Season’ just around the corner, I wanted to give everyone a quick rundown of what to expect from one of its big new features: Expedition Mode.

WHAT is Expedition Mode?
During the game’s development, we had the concept of a ‘Free Roam’ mode that sat happily alongside the Missions that you have all been playing. A mode that allowed you and your squad to pop down to Earth, exterminate some dinosaurs, and extract at your leisure without the need to finish a whole mission. It was something of a throwaway feature, but we saw that it had the potential to tie a lot of our other systems together, given a bit more time and focus. This is where Expedition Mode comes in! Same player-driven structure but with a bunch of extra features that encourage player choice in how they achieve their goals with their actions having more of a direct impact on the shared War Effort. 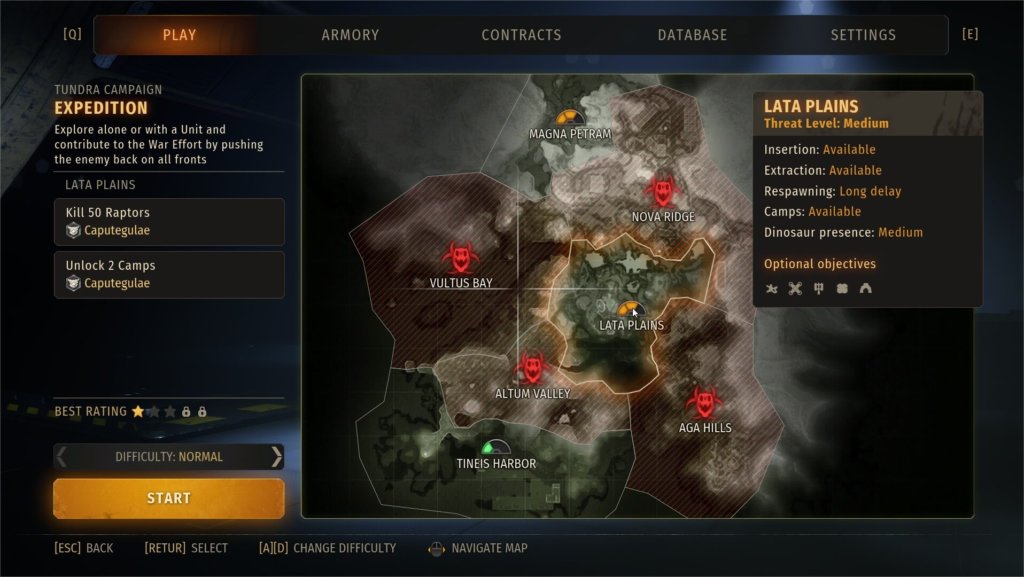 The image above has been changed since first publishing this post. A mockup was accidentally posted previously. 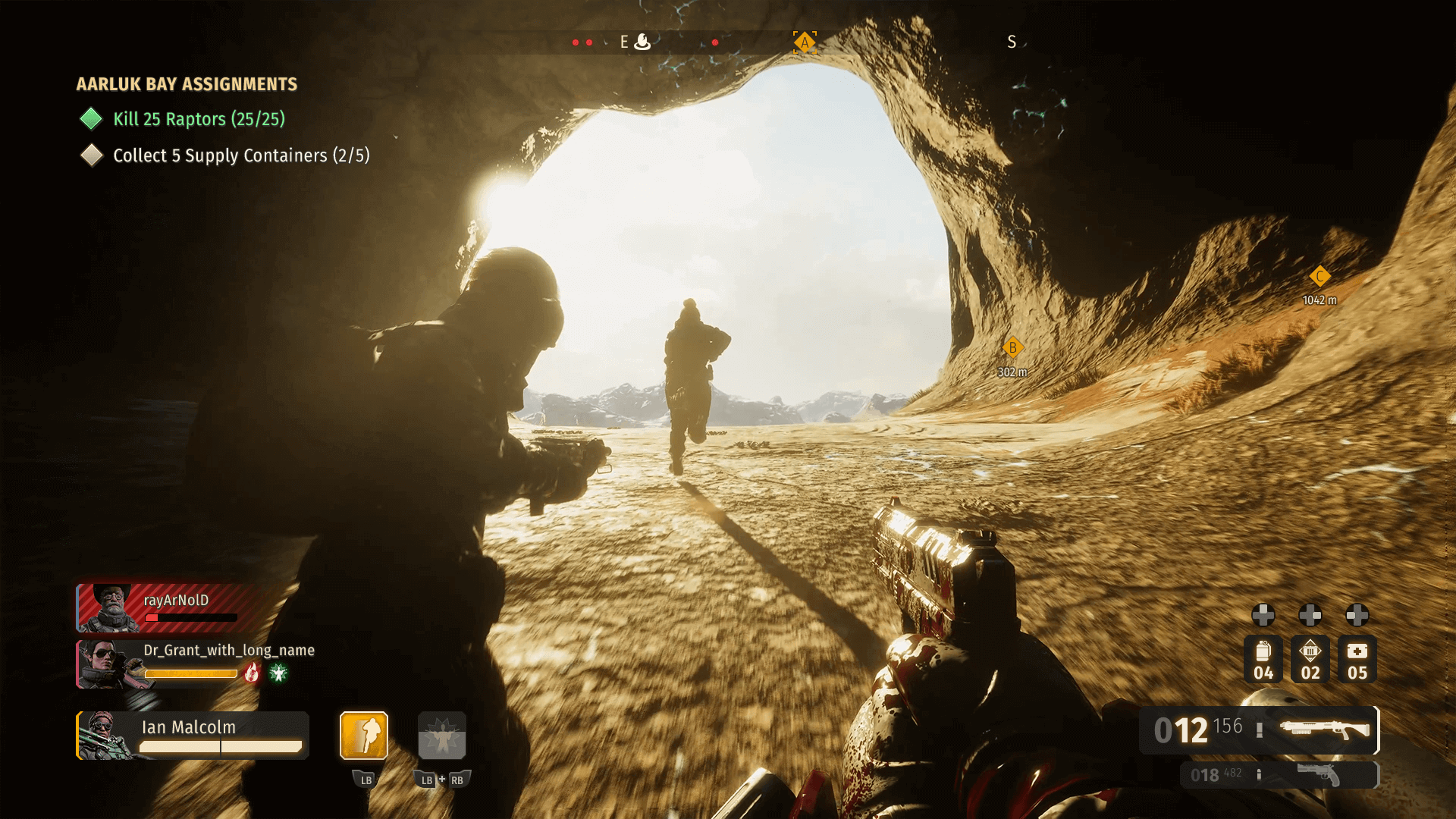 WHY is Expedition Mode?
We heard many of you talking about our game’s unforgiving nature, especially for new and solo players. We’re hoping that Expedition Mode, with its bite-size challenges and shorter session length, will give new players a way to find their footing in the game and make progress, regardless of if they are in a team or alone.

Similarly, more seasoned players will have access to a mode where they can complete contracts and get upgrade materials through. You no longer need to dedicate yourself to playing an entire mission (no more running Vestige on repeat to get that last Rex kidney).

Top tier players will also find a greater challenge in our new and revamped Emergence Events and scoring bragging rights. How many Assignments can you and your squad complete in a single run and survive? 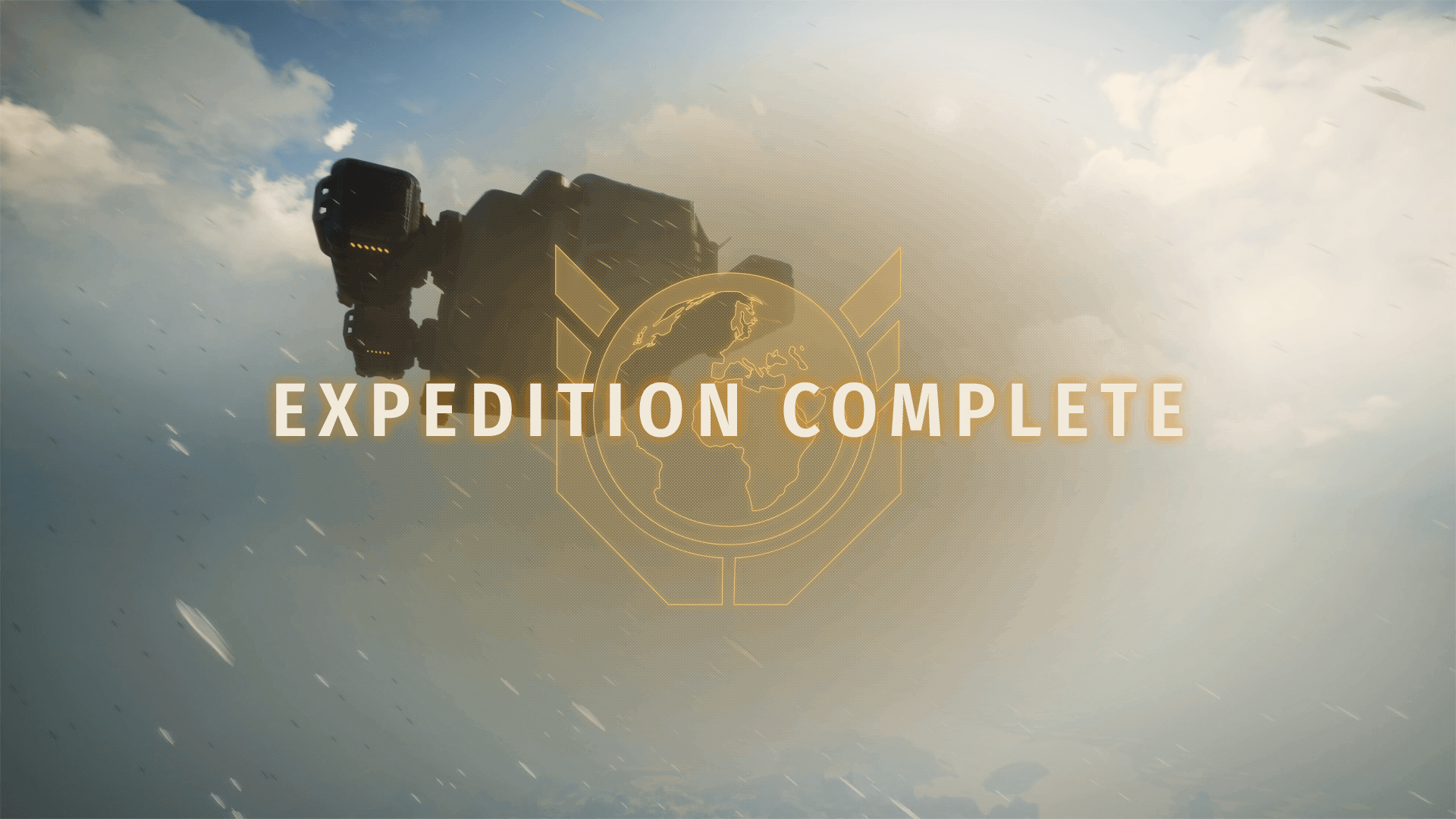 WHEN is Expedition Mode?
On the 16th of December, Expedition Mode will be launched alongside our second Pre-Season, ‘The Hornet’s Nest.’
As with all our features in Early Access, this is the first iteration of a system that we want to build and expand on it alongside you through our Early Access period and beyond.

I can’t wait to see you all planetside, my Dino hunting lovelies.